Parker & Snell Company is pleased to offer both adult and children’s classes and workshops in ACTING FOR TELEVISION, FILM & THEATRE and MUSICAL THEATRE for ages 4 – 80+.

Our teaching is at the cutting edge of what is happening in the television, film, and theatre industry today. We aim to equip both children and adults with the necessary skills and techniques required for on-screen acting including theatre and musical theatre.

We aim to improve both personal and social skills through confidence building, encouraging a healthy self-esteem.

Our Musical Theatre classes combine acting, singing, and dancing, classes explore a wide range of exercises and techniques required for musical theatre including acting through song, vocal techniques, competence, understanding and confidence in dance skills,  vocal range to creating truthful characters, and how to apply these appropriately to solo and ensemble work.

Children attending our classes will first and foremost be considered for any productions which Parker & Snell Company produces, where appropriate, on the Isle of Man and/or in the UK.

Parker and Snell Company will provide show-reels, where applicable, to industry contacts including casting directors, feature film, and independent film directors in conjunction with Ex-Isle film agency when audition opportunities arise on the Isle of Man.

Many of our students have been cast in a number of theatre productions (lead roles) including Les Misérables, To Kill A Mockingbird, The Mousetrap, Peter Pan, Shrek the Musical, The Importance of Being Earnest, The Jungle Book, The Edelweiss Pirates, Cinderella, Sleeping Beauty, 101 Dalmatians, Eight, Manx Tales & Legends, Taylorian’s Chitty Chitty Bang Bang, Oliver, &  Joseph And The Amazing Technicolour Dreamcoat, The Wizard of Oz Pantomime, Mulan & The Little Mermaid by JT Productions, Aladdin by Dreamstar Productions, Elf the Musical, Westside Story, The Producers and many more. Students have also been cast in Where Hands Touch, a new feature film directed by Amma Assante.

We are proud to confirm that two of our students have been signed by some of the UK’s top actor agents in London, including Markham, Frogatt & Irwin, and The Lisa Richards Agency.

All of our tutors have either trained (formerly IOM Acting Academy) or worked with PSC extensively.

For further information including class dates/times and venues, please download our Acting classes – Isle of Man brochure below (in partnership with the Gaiety Theatre). 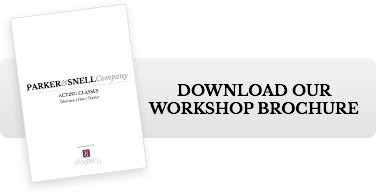 To register please complete the following: